According to legend, Virgin Mary was sailing from Joppa to Cyprus with St John the Evangelist to see Lazarus.

The ship was forced to anchor near the current monastery of Iviron when it was blown to the Athos peninsula.

The Virgin stepped ashore, impressed by the mountain’s beautiful and untamed natural beauty, and blessed it, asking her Son to make it her garden. “Let this region be your heritage and garden, a paradise and a refuge of redemption for people seeking salvation,” a voice said.

The mountain Mount Athis was thereafter designated as the garden of the Virgin Mary, or Mother of God (Perivoli tis Panagias), and all other women were forbidden from entering.

There are extremely few historical sources about the ancient history of Mount Athos. Monks are known to have lived in the area from the 4th century.

During that time, both Christians and pagans lived there. Many monks from the Egyptian desert attempted to find a new home after the Islamic conquest of Egypt in the 7th century, and some of them ended up on the Athos peninsula. The Great Vigla, erected by John Kolovos in 866, was the first monastic complex. Royal golden bulls consolidated this monastery (decrees). Mount Athos has since become a centre for monastic life.

You can view Mount Athos from sea with daily cruises from Ormos Panagias or Ouranoupoli. 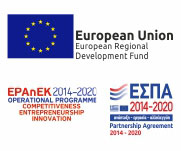